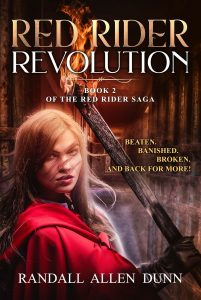 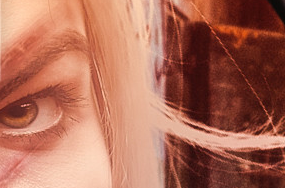 “Now, my brothers,” the Lycanthru leader announced to the crowd as they finally quieted. “Let us see how well she fights!”

The crowd erupted with a deafening roar of approval, growling, stamping their feet in the seats, scratching at the walls.

“Sorry you’re here with us,” Marceau said. “Now they own you, too.”

I surveyed the room, filled with my deadliest enemies, ready to tear me to ribbons.

“Ready, dear?” my tormentor asked, her voice shrill in my other ear, as the ropes were slashed and pulled off my arms. I massaged my wrists, glancing back at her. “Better? You’ll want your limbs free to run, I assume,” she mocked, backing away to the outer entrance, where thick doors were shut behind her.

My hands were free.

I stared at the surrounding wolves again. The Lycanthru who had taken everything from me, and planned destroy everyone I knew and loved. As I studied each wild face, Francois Revelier’s advice surged in my memory: Stand up and do something.

I never thought I could stand up to Jacque Denue and his gang. Let alone take on the entire Lycanthru cult that terrorized La Rue Sauvage. But I did it. By the grace of God and sheer determination, I did it.

“They don’t own us,” I answered Marceau. “Not unless we let them.”

“If you say so,” he said. “Right now, they own every weapon you could possibly use to fight them, along with the charming ability to change themselves into ravenous wolves.”

I lowered my voice. “I need my weapons back. If we work together, we can find a way out.”

Marceau stared at me. He shook his head. “And what exactly do you plan to do here in the Arena?”

A dozen grinning wolves surrounded me and the handful of inmates standing in the center of the room. I crouched, spreading my arms, readying myself. “Survive, somehow.”

“Then let the games begin!” the leader shouted, before stepping away to the outer walls to make room for the attacking wolves. Garroche snapped the whip again, urging more slaves to the center of the Arena.

The other prisoners scrambled forward and crouched like I did, though surely not for the same reasons. They probably hoped to run, to minimize their pain. Not to escape, and certainly not to fight. I had no idea how I would fight the Lycanthru without weapons. But Francois taught me to use an enemy’s strength and actions against them. With my hands and legs free, I had a chance, slim as it was.

The closest wolves dropped to all fours, ready to spring.

I crouched lower, my skin tingling. Partly from fear, I knew, but also from something else. I was moving beyond fear now, as I stared into the leering faces of the monsters advancing on us. The same breed of wolves who killed Grand’Mere Marie and tore my face open when I was only seven. The same wolves who killed my greatest friend, Francois, and proceeded to slaughter Papa, Mama, and Suzette. Who tried to kill me a dozen times before convincing everyone I was crazy and locking me away. The asylum struck terror into my heart last night, as it must still do to the other inmates. Terror over the helplessness they felt, wondering what the Lycanthru would do to them.

But I wasn’t helpless anymore. Not for several months now. What more did they think they could do to me? I spent most of my life in misery. And for the past few months – with Pierre and with Father Vestille – I was happy. Truly happy. Now they had taken all of that away, as a cruel revenge.

I no longer felt fear. I felt rage. In the next sixty seconds, all the fear in the room would be theirs.

They wanted to capture the Red Rider.

They would no longer enjoy it.

Here are the book links: